On Friday 14 June the Window & Glass Association hosted their first conference in seven years at Sky City, Auckland. The conference culminated in the evening with the annual apprentice and design awards.

More than one hundred people from within the Architectural Aluminium Joinery (AAJ) and Glass & Glazing industries spent the day listening to a fine array of guest speakers discussing ‘the future’. There were also a number of trade stands on display, including a stand occupied by BCITO promoting industry training.

The evening event saw 270 beautifully dressed individuals come together to celebrate the winners of the 2019 apprentice and design awards. For BCITO the big focus was on the apprentice awards, and 2019 didn’t disappoint as we had two very worthy winners in the Architectural Aluminium Joinery awards.

The AAJ Most Promising Apprentice of the Year Award was introduced this year and went to Singleton Matahaere from Bradnams Rotorua. 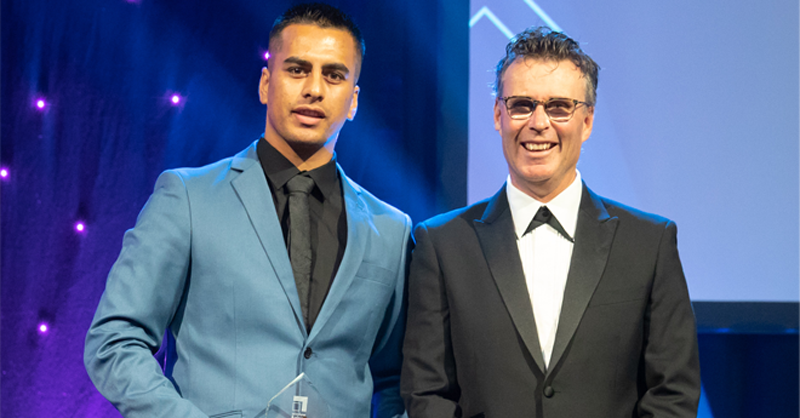 Singleton Matehaere (left) being presented with the AAJ Most Promising Apprentice Award.

The moment Singleton walked off stage with his Most Promising Apprentice of the Year award he saw his five-year-old son Ariki smiling and clapping him back to the table. This was the moment when he realised all the hard work had been worthwhile. “I didn’t come from an education background so to win this award meant so much to me, and to have my son there to see what you can achieve through hard work was an awesome feeling,” says Singleton.

After getting qualified Singleton already has a couple of ideas about what he’d like to do, “I want to keep training all the new staff here at Bradnams and work towards being a branch manager," he says. Before that happens there is one more award Singleton has his eye on before finishing his time as an apprentice, “I definitely want to win the Apprentice of the Year for AAJ, I have already made a plan with my boss on how we can achieve this and I hope to be back at the awards in 2020.”

The AAJ Apprentice of the Year award went to Anthony Harris from Design Windows West Coast. 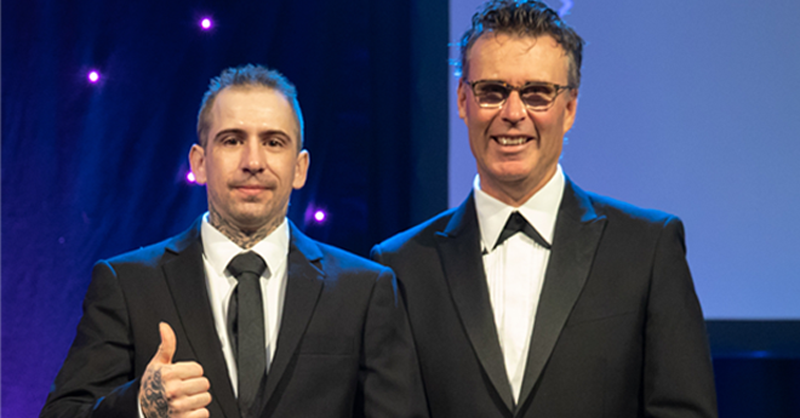 Anthony Harris (left) being presented with the AAJ Apprentice of the Year Award.

Winning the AAJ Apprentice of the Year meant more to Anthony Harris than meets the eye. “I made a few poor life choices growing up which saw me hanging around the wrong crowd, and in and out of jail, but winning this award is the best moment in my life,” says Anthony . This award was a particularly proud moment for Anthony’s family who have stuck by him through all the ups and downs. He says, “I felt like I was finally giving back for all the support I've received over the years.”

Now being qualified, Anthony is currently undertaking the National Certificate in Construction Related Trades (Supervisor) with the goal to eventually be at the top level in the company, “I want to be able to use all the skills I have learnt for the betterment of this company that has given me a chance," Anthony says. As for advice for any apprentice gunning for the Apprentice of the Year award next year, Anthony says, “Just go for it! Give it everything you’ve got, there’s nothing to lose and it’s such a good feeling to have all your hard work recognised at the end of it.”