Apprentices are better off than graduates

for most of their lives.  Press release: Industry Training Federation 3 December 2017.

New research by Berl is questioning the widely held belief that a university education leads to a more successful career for a school-leaver than an apprenticeship -Apprentices are financially better off than university graduates throughout most of their careers.

“Apprentices contribute to the economy earlier, earn earlier, buy a house earlier and contribute to KiwiSaver earlier, and pay off their mortgage earlier,” says Industry Training Federation Chief Executive Josh Williams who commissioned the research.
“An apprentice has a head start which results in them being ahead of their university counterparts throughout most of their working lives. In the middle of their careers, they have paid off most of their mortgage and have no other debts. At the end of their working lives, there is little to no difference between a university graduate and an apprentice.

“Better than first year free, is first year paid. Workplaces make the best classrooms because you get paid, get qualified, and can launch a highly skilled, in demand, career without racking up a student loan.” 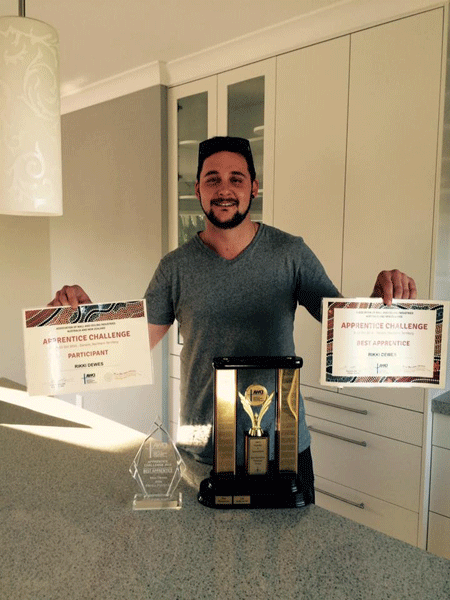 “An example of this is plasterer Rikki Dewes. He left school at 16 to find a trade and went on to become apprentice of the year in both New Zealand and Australia. His advice to young people: if you want to own your own home, car and “toys”, as he now does, become an apprentice. Because skills become careers that can take you where you want to be.

“Twenty-eight percent of new trainees are university graduates. Apprenticeships are for smart people too and many go on to own and run their own businesses. Meanwhile, some graduates never use the degrees they studied for,” Williams says.
Instead of focusing on average income which previous studies have done, the research models the financial position of a graduate, versus an apprentice, versus a person who does no formal training over their working life and accounts for the flow and growth of their income.

At the end of their career, their financial positions are almost equal. Somebody with a bachelor degree or above can expect to have net assets of $1,854,126 while the net assets of somebody who trained as an apprentice will be $1,849,169.