BCITO launches Ko wai koe / Who are you?

initiative to encourage rangatahi to take up a trade apprenticeship.

Press release - Hawera 17 August 2021: The Building and Construction Industry Training Organisation (BCITO) today launched its Ko wai koe / Who are you? initiative to encourage Aotearoa’s rangatahi to take up a trade apprenticeship in the sector. The launch took place in Hawera where an inspirational te reo video was filmed and involved many of the actors who come from around the area.

Speaking at the launch, BCITO CEO Toby Beaglehole said, “We need more Māori rangatahi to take up a career in the building and construction trades. Our young tama and wāhine need to see themselves, working in the sector. This initiative does just that.”

The inspirational video tells the story of a young boy finding out who he is and discovering the career journey he wishes to take.

“But it’s about more than just an individual’s journey, it’s a journey that will give back to whānau and the local region. This is also a collective journey,” said Mr Beaglehole.

He went on to say, “Our mission is to ensure that the construction industry has the right skills, in the right place, at the right time, with the right numbers. The right people are crucial, and we need more Māori. That’s why Ko wai koe / Who are you? is so important.”

The launch, part of one of BCITO’s Trade Secrets evenings, was hosted by Harry Anneff, the actor who plays the builder/mentor in the videos. Harry Anneff is a BCITO Māori Rangatahi Ambassador and not only owns a building business; he also teaches te reo Māori and works closely with troubled rangatahi. Harry was the lead builder/designer and presenter of DIY Marae, which aired on Māori TV.

BCITO TradeSecrets events are an opportunity for those in kura and their whānau to find out more about a career in construction, and to hear from actual employers and apprentices.

The digital campaign will run throughout September and will coincide with Te Wiki o Te Reo Māori - Māori Language Week. The videos will go live on 1 September and be used in digital and social media promotions and on Māori TV. The video content will be subtitled in English.

Earlier this year BCITO produced a set of resources in te reo Māori for rangatahi and kura. These include the Level 3 BCATS (Building Construction Allied Trade Skills) Qualification programme, and a kete of brochures on career paths in construction. 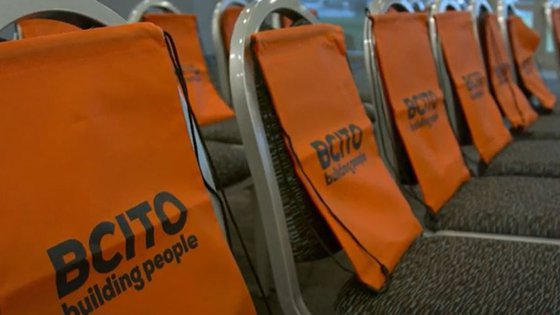 Inspiring Rangatahi with a career in the trades.