Employment forecasts for the construction sector, which BCITO covers, suggest there will be more than 80,000 new and replacement job openings in the next five years. Traditional workforce pools are not meeting industry demands for skilled workers and record low birth-rates in 2003 is making competition for school leavers particularly fierce.

“The sector is crying out for skilled workers and boosting gender diversity is vital. Currently, less than five per cent of BCITO employers take on women apprentices. We need more employers to broaden their scope and wake up to the benefits of a more diverse workforce,” says Warwick Quinn, BCITO CEO.

“We also need more women to consider a career in the trades. We are concerned that not enough schools are encouraging young women to get involved. Although 96 per cent of our women apprentices have strong job satisfaction, nearly three-quarters of them never had the chance to participate in construction-related courses while at school,” says Quinn.

To help address this gender imbalance BCITO has released a short documentary which explores and challenges stereotypes. The “My Boss Legend” documentary reveals what it’s really like for employers, women apprentices, and those who have supported their decision to enter this male-dominated industry. The campaign aims to encourage more employers to open the door to hiring women on their teams. 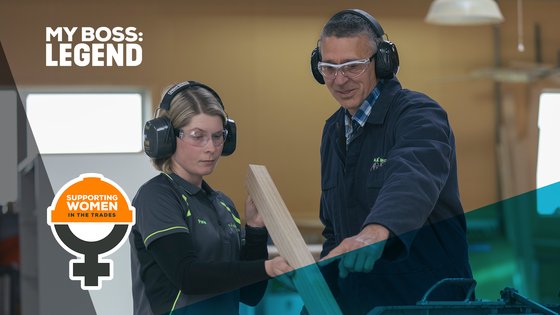 “I think you’ve always got to look at your company and employ the best person for the job at the time,” says Judy Brown.  MB Brown Builders in Wairarapa employs Paris Ternent-James, 22, as a carpentry apprentice. Owner Stephen Brown runs his business by the core values of family, respect, equal opportunities and providing a positive and engaging learning environment. Stephen and his wife Judy Brown took part in the documentary. 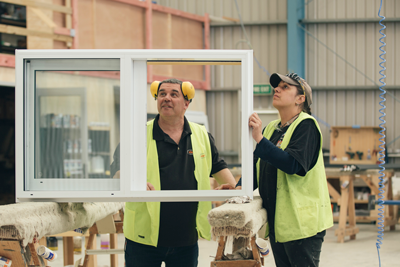 Great Lakes Aluminium in Taupo employs apprentice Tamara Tuhiwai, who began her trade career in her early 40s. Her boss, Bronek Szpetnar, runs his business on the values of equality and whanau. He is simply interested in employing the person best suited for the job. Half of his staff are women.

“Tamara’s happy, you know she’s loving what she’s doing. She goes to work extra early, so she can open up and get everything prepped for the day, and she gets it done,” says Tamara’s husband William Rhind, who also took part in the documentary.

For more information, or to arrange an interview please contact: