Women are hugely under-represented in the trades, and an industry group is pushing for improvement.

Across construction, engineering and manufacturing industries, the number of women working in trades is extremely low, ranging from less than 1 per cent to almost 10 per cent. Only 17 per cent of male employers employ women tradies.

“If we're to have any chance of meeting demand, businesses need to look beyond the usual 'go-to' groups when recruiting. Overlooking women as a solution to the skills shortage means 50% of the potential labour force is being ignored. Women offer a new way of thinking, they’re good problem solvers, and help bring diversity to a male-dominated industry,” says Building and Construction Industry Training Organisation (BCITO) Chief Executive, Warwick Quinn.

Businesses who employ women in trades say that “attention to detail and softening behaviours” in the workplace were among women’s strengths, according to new research launched by a partnership of vocational training organisations at the Industry Training Federation VET Research Forum in Wellington today.

“Trades can be as financially rewarding as getting a university degree, giving women the opportunity to earn as they learn and offer a fantastic work-life balance. Female school leavers who enter apprenticeships earn $145,000 more than their university counterparts by the age of 30. 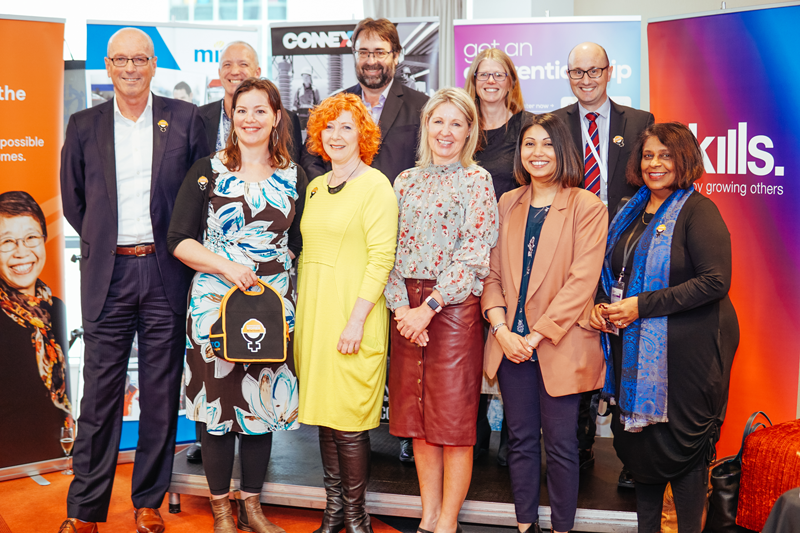 Women experience five key barriers to joining trades where they are traditionally under-represented, including lack of knowledge about opportunities and pathways, lack of work experience, finding employers willing to work with women, male-dominated workplace culture and the lack of sector or workplace support for women.

As lead of the research consortia, BCITO has set two ambitious goals. The first – by 2025 have women make up 10% of BCITO apprentices, and the second – by 2040 to have 30% of construction trade roles filled by women. Currently, less than three per cent of construction tradespeople are women.

We now have 20,000 apprentices in training. To mark this milestone, Education Minister Hon Chris Hipkins and our CE Toby Beaglehole visited a Holmes Construction housing project.

Shevonne Evans of Gateway Glass & Aluminium is the first woman ever to complete four BCITO qualifications.