An opportunity for New Zealand trades that cannot be squandered

TheNew Zealand Qualifications Framework is under review and Building and Construction Industry Training Organisation (BCITO) Chief Executive Warwick Quinn says this is an opportunity to position trade and vocational based qualifications more fairly that cannot be squandered.

”There is a level of intergenerational prejudice in New Zealand against pursuing building and construction careers. School leavers are commonly encouraged to pursue degrees with trades-based pathways seen as an inferior second choice,” says Quinn.

“Given the flow-on effect of this on the supply of skilled employees and the importance of trades occupations and related industries to the New Zealand economy, this status issue is a significant concern.”

He says much of this prejudice is cultural and is therefore difficult to shift. However, the Government can assist by explicitly signalling that it sees all pathways as valid, and providing equitable support for all career paths.

“In other words, entry-level academic qualifications are given greater status than highly advanced technical education. This is despite both qualifications being similar in complexity and length. This sends the wrong signal that a vocational career is inferior to an academic-based one.”

Quinn suggests looking at overseas examples like the frameworks used in Scotland and the rest of the United Kingdom which have more balance between vocational and academic qualifications.

“This means vocational training receives greater recognition in those countries, increasing the prestige associated with a career in the trades.” 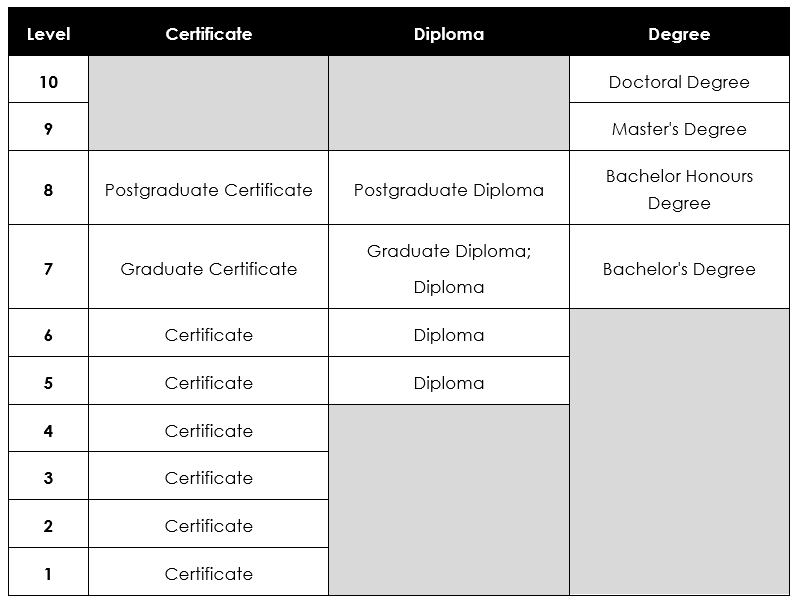 “We propose revising the Framework to emphasise qualification outcomes rather than qualification names. This would involve adding a Qualification Pathways column and giving examples of the qualification type at both academic and vocational levels (see figure 2). 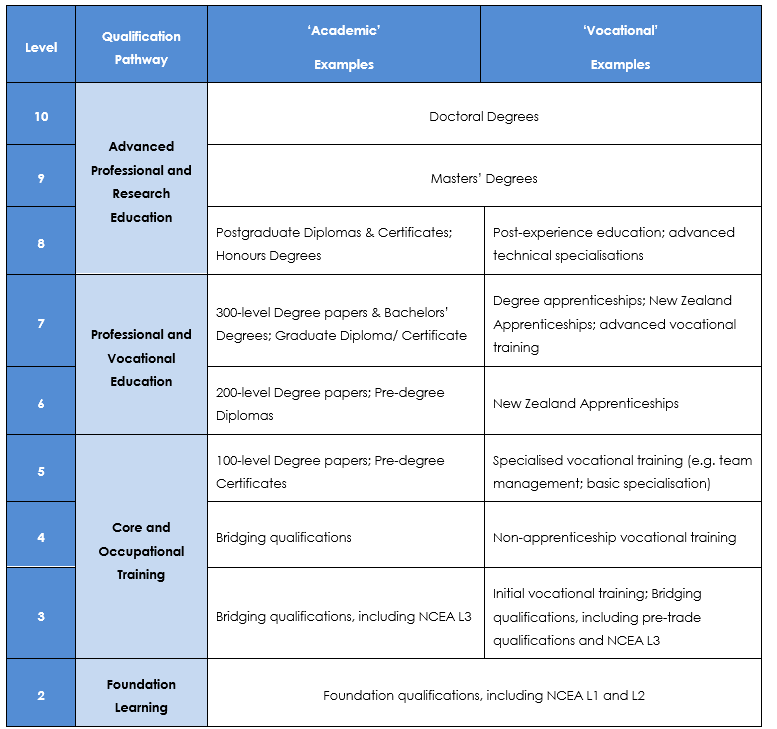 “We believe this would help students in connecting qualifications with their goals and deciding, for example, whether a Level 2, Level 4, or Level 6 qualification is most suitable for them,” says Quinn.