why Vakalahi is pushing workers out of their comfort zones. 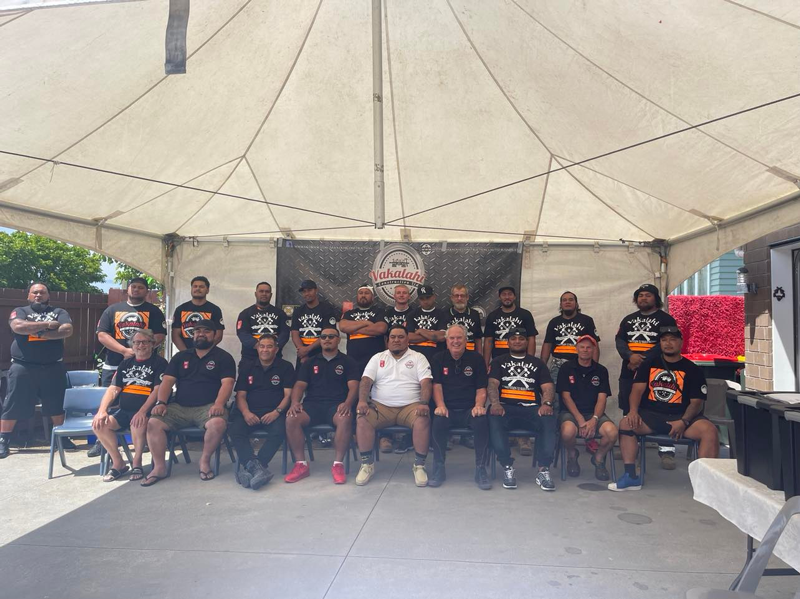 The best thing about taking on apprentices is watching them grow, says Jazz Vakalahi. The builder from South Auckland-based Vakalahi Construction is a big believer in paying it forward, having gained his own qualification through BCITO after a bit of nudging from seniors who believed in him.

“I’ve been in the industry for a long time, and for about 15 years I was just “comfortable”. I didn’t push to upskill, just did what I was told. Then I had a few people tell me that I knew a fair bit about the building trade, and with some professional training, I might be good enough to run my own business. I realised they were right – so I went to BCITO to start an apprenticeship,” Jazz says.

“My assessor, Brian, was fantastic – he helped me a lot, giving me a much better understanding of the building game. He developed my skills and knowledge of legal regulations around certain tasks like upgrading a window, using different types of materials for different projects and things like waterproofing membranes.”

Since starting his own business, Jazz has been passionate about helping others to undertake an apprenticeship with BCITO.

“I saw two guys who were working for me doing the same thing I had done, just working from week to week. So I put them through an apprenticeship with BCITO too, and ensured they received experience across all areas of the trade,” Jazz says.

Jazz also set goals for the two apprentices and held barbecue nights a couple of times a month to help them practise their theory. He booked night classes through BCITO, where Phil Middleton of Learner Focused Training provided additional theoretical support, which was followed up with regular visits and calls from BCITO.

“BCITO was such a big help. And its programmes have evolved over the years to be even better than when I went through,” Jazz says.

With support like that, the pair flew through their assessments – and other workmates were inspired to sign up to an apprenticeship with BCITO.

“We now have 42 people working with us, including seven apprentices. What’s really cool is I have four people in their mid-50s who I served my time under when I started out, the ones who told me I should get qualified, who are now working for me and helping pass on their skills to the younger ones in my team,” says Jazz.

“And people are taking notice of what we’re achieving. I’ve never had to advertise for workers. They come to me.”

Three of his apprentices have now qualified, with two more expected to complete their qualifications by the end of the year. There's even a bit of friendly competition to keep them motivated.

“We have an amazing apprentice, Jessica, who’s really good at keeping up with health and safety requirements. We’re also encouraging the guys into better habits and making health and safety the number one priority.”

He says the fees fee training and Apprenticeship Boost schemes introduced to subsidise apprenticeships have been a game-changer for the trade.

“It’s the best thing for the industry. These schemes have certainly grown the number of people getting qualified. I think if we want to get more builders into the trades, we need to keep these schemes going.”

However, he does have one regret.

“I look at my apprentices and I just wish I’d done what they’re doing now sooner in my own career.”