BCITO is delighted to congratulate Thomas O’Brien from Beacon Construction, Auckland as the Winner of this prestigious award. 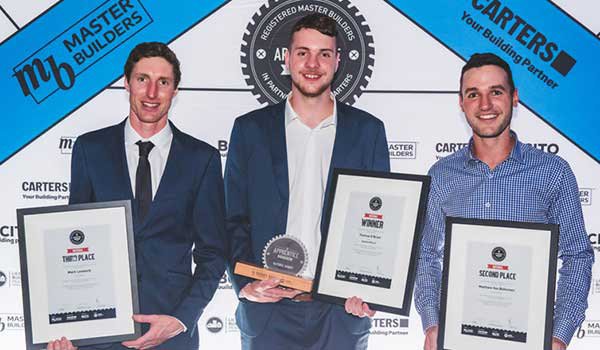 BCITO judge, Neville Ward, had the opportunity to get to know the competitors and interestingly noted that some had previous careers before joining the building trade.

These, along with the other stories heard, once again demonstrates that we should have confidence in the talent that this industry attracts.

Congratulations to all nine apprentices who made it to the finals.