The strong demand for trade-based employment in New Zealand is unarguable.  Regrettably, so is the low participation rate of women in trades, especially in construction and engineering.

This research programme was delivered over three years through three inter-related focus areas working with:

The first project gives insights from interviews with 35 women tradies who were successful in completing their qualifications and working in the construction industry. They were able to maintain motivation despite the negative comments and challenges they met with on-site. The women described five main barriers to entering and working in the trades:

There is an element of truth to the following responses on initial reading; these barriers are generally common to every apprentice, not just women, and there is nothing new in this report, but it is good to have the evidence. Please consider the findings in light of the following: 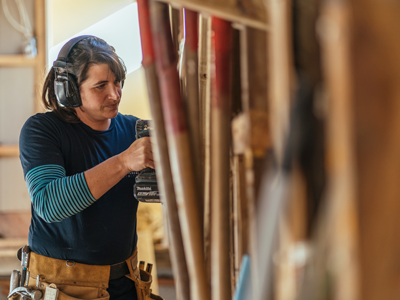 Part 2: How women have succeeded in trades where they are traditionally under-represented

Part 3: How employers have influenced the participation and success of women in trades

Part 4: Personas of women and employers in trades

Building on the work completed in stage one, BERL explored the data deeper in order to better understand the situation of the current Māori workforce today, especially in high risk sectors.

This research employed the Treasury’s Living Standards Framework (2017) to identify and delineate the economic footprint of the Pacific community within New Zealand’s economy.