The BCITO | Te Pūkenga marketing team has won the Excellence in Long-Term Marketing Strategy Award at the TVNZ-NZ Marketing Awards for its Tricky Chat Trilogy, which took place over 2019-2021 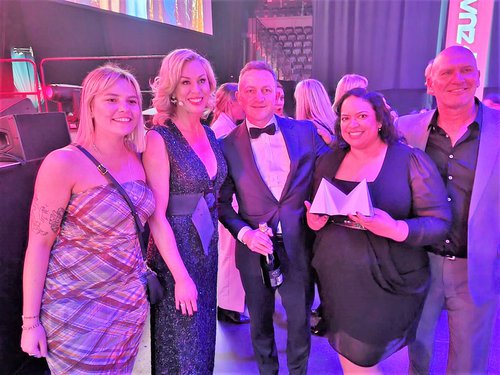 Research was undertaken on behalf of BCITO in 2018 to understand the barriers young people face to taking on an apprenticeship. It found there was a significant difference between the perceptions of the trades by parents of school leavers, and the realities of what a career in the trades can deliver.

BCITO set out to challenge and change these perceptions. It developed the Tricky Chat Trilogy mockumentary series, which followed the story of Michael, an aspiring Kiwi tradie and his accountant father, who struggled to accept his son’s career choice. Across TV, outdoor and social media, humour was used to reflect the outdated views of parents, while highlighting the benefits of a career in the trades.

BCITO Head of Marketing & Communications, Asharie Martelletti, says that the campaign has helped shift the perception of the industry and helped bring a career in construction to the forefront for many of our rangatahi and those looking at a change in career”.

“Among our core target audience of parents/whānau, ratings of the trades as a good career doubled from 25% to 50% between March 2018 and November 2021, while parents rating the trades as a poor choice halved from 60% to 32%. School leaver opinions also improved steadily – those with a positive impression were up 43% and those rating the trades negatively were down 20% compared to pre-campaign levels.”

Another key objective for BCITO is to increase the number of Māori and Pasifika peoples in the trades.

“We were also successful in improving Māori and Pasifika peoples’ perceptions of the trades in this campaign. 45% of Māori now feel positively about the trades, compared to 26% pre-campaign. And for Pasifika peoples, this figure increased from 23% to 43%.