Despite some hesitation to leave the retail sector and join the construction industry, former BCITO apprentice Phillip Jamieson is now a fully qualified builder working on a range of unique projects in the Christchurch area. 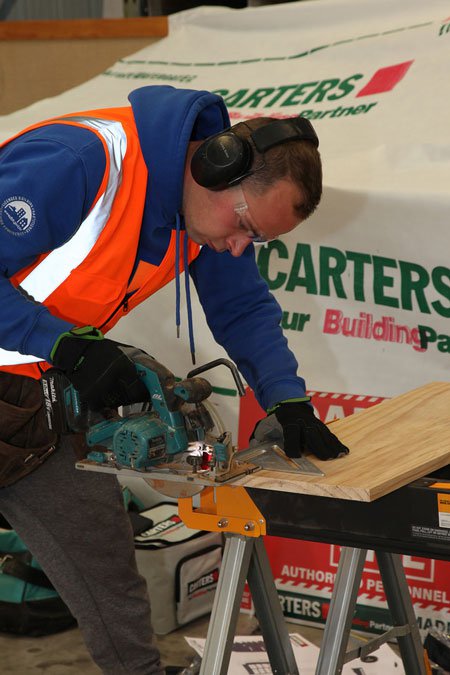 Phillip's initial reluctance to enter the trades came about due to misconceptions of what the sector might be like to work in as a gay person. However, his hesitation proved to be unjustified as he found himself in a progressive and open-minded industry, and his colleagues and boss have been nothing but supportive of him.

"I was initially quite nervous about coming into the industry as I had a pretty strong, but incorrect opinion on what the trades would be like. However, I have been taken aback by how forward-thinking the industry is. It is a more accepting and receptive environment than I imagined."

Phillip's colleagues have been a stand-out aspect of his career to date, and he has a deep appreciation for the network of supportive builders he has developed.

"On my first day, my boss stressed the importance of being myself at work, and that if I ever had any issues, to let him know. There is no point in hiding who you are, and I have definitely benefited from being open and honest about who I am, and my team are very cool about it."

Phillip has thoroughly enjoyed his past few years in construction. He recently worked on an architectural build which was a challenging yet rewarding experience. The build included a cathedral style ceiling which was carried throughout the house, along with a tropical garden which the entire home was built around. Phillip credits his BCITO apprentice training for setting him up well to be able to complete these complex and difficult builds.

"I had a great training advisor who was very supportive. He would schedule regular visits and was always excited for me to walk him through the site and show him what I had been working on. As a builder himself, he communicated in a way I found valuable and shared useful industry knowledge with me. He gave me a lot of great advice which I still apply to the builds I work on today."

When Phillip made the move to leave his job in retail and pursue a job in construction, the shift presented him with a few challenges.

"Moving from a job in retail to the construction sector was a big change. I initially struggled with the physical aspect of the job but after I got used it, I noticed an improvement in my fitness and my health.

Phillip could not be happier with his decision to pick up the tools.

"Being a builder is such a rewarding job, I can work independently if need be and complete a job from start to finish using all the skills I have learnt so far. I get to work in different environments every day, often in the outdoors and with a great team of people. There is also nothing better than seeing a client happy with a project you have completed."

If you've been thinking about making a career switch to building and construction get our help to get started.